Cultural diversity and inclusion in the primary music curriculum

You’d have to have been living under a rock for the last two years not to have heard calls for the curriculum to be ‘decolonised’. In this blog, we’ll take you through this process and explain how Kapow Primary has been working towards increasing the cultural diversity of our Music curriculum.

What does ‘decolonising’ the curriculum mean?

‘Decolonising the curriculum’ may need to be explained to those who aren’t familiar with cultural theory. Effectively, it means that we should question from whose viewpoint our curriculum is constructed. For example, in History, we could centre Britain’s imperial past, but there is another, often neglected, perspective: that of the peoples who were invaded, marginalised, or forced into slavery during this period. At first glance, this might not seem to have much to do with music; but if we consider whose music is being taught, we can see the link. For example, is the ‘classical canon’ really intrinsically ‘better’ than other musical traditions? Or is it that dominant Western culture has centred its musical output and promoted the view that it is somehow superior? We can challenge this assumption through ‘decolonising’ the curriculum and instead constructing one that is more representative and diverse.

People often state that music is a ‘universal language’ that transcends boundaries and brings people together. Music carries messages of unity and hope, and good causes are often accompanied by charity singles or other musical initiatives to raise awareness. However, when people say that music is universal, they are rarely referring to Balinese Gamelan or Mongolian throat singing. Instead, they’re referring to Western classical and pop musical styles, which have swept the world often as a result of these countries’ colonisation of others and the suppression of their traditional culture. This idea of ‘universality’ can blinker efforts to decolonise the curriculum – if music is ‘universal’, it is then easy not to look beyond one’s own cultural references, as it appears that any music will do!

How can teachers promote diversity in their curriculum?

The first thing we need to do is examine why we teach what we teach. Most teachers are not wilfully trying to promote Western cultural production over other cultures. More likely, they are repeating what they themselves have been taught: that classical music, with the implicit assumption that we are talking about Western classical music, is the ‘most important’ musical tradition, so we prioritise teaching it to our pupils.

This can be identified as a decision coming from learned ‘values’. Or perhaps you have limited knowledge of music, so find it easier to stick to your cultural reference points or ‘experience’.

However, if we decide what to teach our pupils based on our values, we need to question these values to see what assumptions they may contain. Again, most educators do not aim to hold up false values but some may never have questioned what they have been told or learned themselves. If our teaching is more informed by our experience, then we may need to consider how to broaden our experiences to become more diverse in our approach. Most educators may find their approach to the curriculum is informed by their values and experience. The good news is that through questioning our values and assumptions, we can make a specific plan to expand the cultural reference points of our teaching and create a more diverse curriculum.

The next logical step would be to look at the cultural make-up of your school. This will ensure you are representing every culture from your community in the curriculum. As a simple starting point, you could ensure you provide listening examples from each culture represented in your school or, at a more extensive level, you could ensure that you focus on a musical style or tradition from each of these cultures at least once during your curriculum, where children learn to perform and compose in these styles.

Even if your school is not currently very diverse, you can still incorporate other musical cultures into your curriculum! Every curriculum should represent a range of cultures so our pupils learn to respect and value all peoples of the world. To create a decolonised approach for a less diverse school, you might want to consider which musical cultures might be most useful or important to study – for example, the music of both South and West Africa has had a significant influence on Western popular music, so that might be an excellent place to start!

How does Kapow Primary approach this?

You may be aware that Kapow Primary has two primary Music curriculums: the main scheme and a brand new instrumental scheme for Key stage 2. Within the main scheme, we have attempted to cover a wide range of music from every continent in the world. You can download the list of songs, artists and composers here to view the contents. However, it cannot be denied that the scheme’s balance is still currently more in favour of Western musical traditions.

When we set out to create the instrumental scheme we wanted to redress this balance, so we included only one ‘Western’ form of music – minimalism, which is heavily influenced by non-Western forms such as West African drumming and Balinese Gamelan. The remaining scheme draws on Caribbean, South American, South African, Indian, and Indonesian music and explores these musical cultures in depth. Pupils will learn about the history and key stylistic features of these cultures while playing and composing in these styles, as well as listening to examples. The scheme also discusses broader issues such as slavery and how this led to certain musical styles developing in the way they did. For instance, Son Cubano (a precursor to salsa music) blended the musical cultures of enslaved Africans and that of Spanish settlers.

Isn’t this all best left to the experts?

You may be worried about cultural appropriation, getting things wrong or even making things worse within your school, and, as a middle-class, middle-aged white woman, I understand that! I had similar concerns when we created the instrumental scheme for Kapow Primary. However, as I cycled through the thought process, I came to some stark realisations: the Western world today still centres on white Western culture. And, in England, according to official statistics, almost 90% of teachers and over 92% of headteachers are white. So, if white educators don’t engage with decolonising the curriculum, change will be painfully slow.

Additionally, suggesting that decolonising efforts should only be led by people of colour effectively passes the responsibility of ensuring representation to those who have been marginalised. All educators must, no matter their cultural background, listen to the voices of those who are marginalised, seek out best practices in this area, and question what we can do to make things better. We need to take the next step and do something about it because the power to ensure those we teach see themselves represented in our lessons is in our hands. 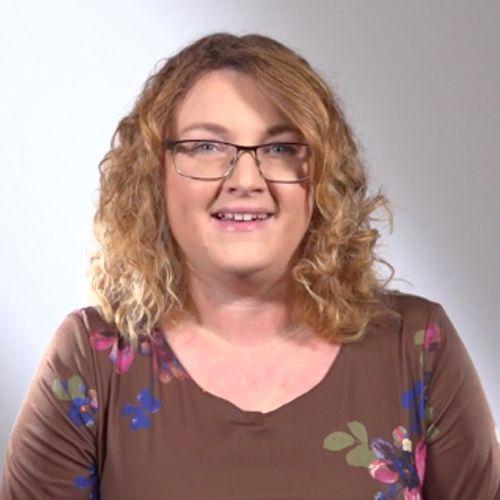 After a brief spell as an opera singer, Liz embarked on a 20-year career in music education, teaching at early years, primary and secondary. After Liz had her daughter, she started her own business Music Education Solutions® Limited, helping teachers across the UK deliver music with confidence. Liz teaches Foundation Stage and KS1 music in a primary school, and is also Programme Leader for the largest Level 4 Certificate for Music Educators centre in the world! She is Editor of Primary Music Magazine, a writer for Music Teacher Magazine, and a reviewer for the British Journal of Music Education.

Elizabeth has created lesson plans and resources for a wide range of Music topics including KS2 projects on musical theatre and lessons to encourage pupils to create musical compositions to represent Holi.

MusicSubject leader
Back to Blog